Julian Wild has been making sculpture for 30 years. After graduating from Kingston University, Wild worked as an assistant to Damian Hirst before developing his own career path.

He was awarded The Royal Borough of Kensington and Chelsea Arts club Trust Studio Bursary from 2009-2012. He won an individual Arts Council Grant in 2011, in 2005 he was a finalist in the Jerwood Sculpture Prize and won the Millfield Sculpture Prize in the same year.

Julian Wild is a fellow of The Royal Society of Sculptors and was Vice-president from 2015-2019. He is the Sculpture Pathway leader and senior lecturer at The Art Academy London. He lives and works in Sussex, UK.

Julian Wild’s works allude to minimalist sculptures disrupted by interventions and gestures within their form. He often uses colour as an agent to exaggerate the contrast between interior and exterior. The colours that he uses references the painted sculptures of modernists such as Judd and Caro.

The earlier System series were an exploration into materiality and ways of doing: appropriating plumbing and scaffolding to create drawings in space that described ordered geometric forms.

The Bog Standard, Bodger and Flop series seek to appropriate craft techniques and readdress hierarchies of making by creating bent and heaped forms in polished ceramic, glass and steel.

The Indeterminate sculptures emerged from the internal sections of the Systems series. These works are loosely based on perennials and weeds but are made in industrial box section steel and bronze. They attempt to emulate natural structures.

The Stripping the Willow sculptures reference acts of cutting and splitting, with metallic structures revealing vibrantly coloured interiors. These works are based on processes used in woodland management such as coppicing and hedge-laying, emphasising natures ability to survive and re-grow.

Origin was a sculpture commissioned by the University of Oxford in 2017 and celebrates the ground-breaking work that takes place in their big data institute, representing data as a group of pixels that accumulates together to create a solid form. The resultant series uses particles of stainless steel that appear to disrupt and then commune together to create columns and other geometric forms.

Drawing plays an important part in Wild’s practice: in his sculptures linear, coloured elements articulate through space to describe from, whilst works on paper act to create an illusion of form, creating scenarios sometimes impossible to make in 3D. 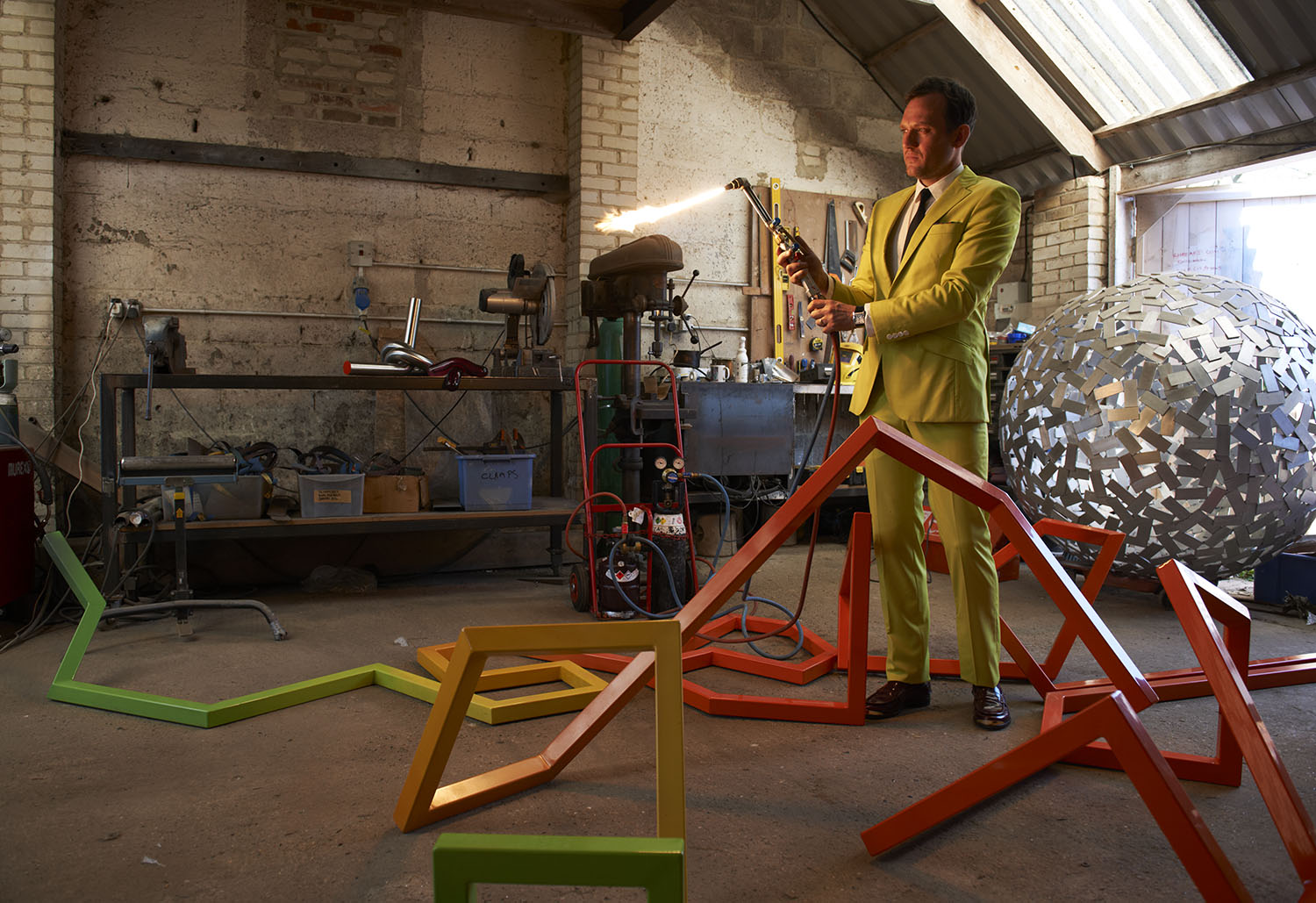